I understood why classics became classics when I first made a blanquette de veau.

A “blanquette” is derived from the adjective “blanc”, white, and usually defines a white stew, most often made with veal. To keep the stew on the whitish side, the meat is boiled, not seared, then it simmers in a white stock with aromatics that are later removed and replaced with a mixture of slowly pan roasted pearl onions and mushrooms. It is usually finished with cream and, in the original version, egg yolks. As you can see by the pictures, the stew is never really white but rather beige, but that is OK.

The cooking technique is very similar to that of beef bourguignon but the result is quite different. It is a very simple recipe to make and I hope you will try it. 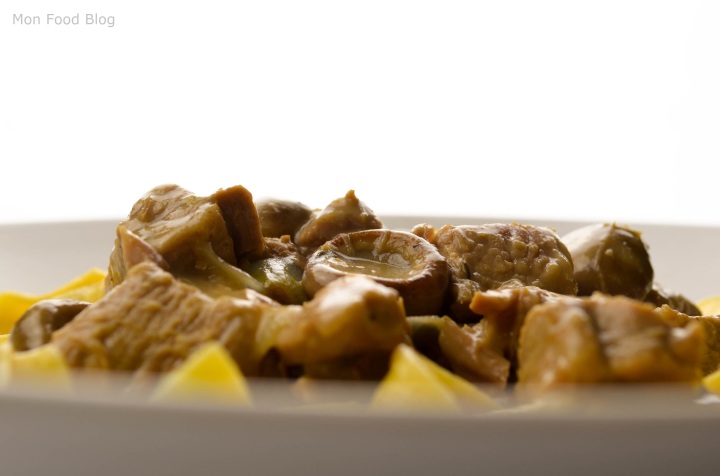 1. Bring a pot of water to a boil. Add a small handful of salt and cook the pearl onions for one minute. Remove the onions from the water, drain and set aside. In the same water, cook the veal cubes for 5 minutes. Drain and rinse the meat under cold running water until they are cool to touch.
2. In a heavy bottom pot or a dutch oven, add the veal, the onion picked with the two whole cloves, the celery, the carrot and the bouquet garni. Add just enough chicken broth to barely cover the meat. Bring to a boil, reduce to simmer, cover and cook until the veal is tender but stop before it falls apart, about 60 to 90 minutes.
3. While the stew is cooking, peel the pearl onions and clean the mushroom caps.
4. In a skillet, cook the pearl onions in 3 tablespoons of butter for about five minutes. Add the mushrooms and cook over medium heat until everything starts to brown. Add half a cup of chicken broth, cover partially, lower the heat and let simmer for about 20 to 30 minutes, until the onions are soft and cooked through. Set aside.
5. When your veal is ready, remove the onion, celery, carrot and bouquet garni and discard. Remove the veal with a slotted spoon and set aside. You should have about two cups of beautiful broth. If you have a bit less, add more chicken broth to have two cups.
6. Melt two tablespoons of butter over medium heat and whisk in the flour. Add the broth and the nutmeg and stir constantly until it thickens. Add the veal, the pearl onions and the mushrooms and cook for 10 minutes, uncovered. Add the crème fraîche at the last minute and adjust seasonings. Add a few drops of lemon juice if you wish.
7. Serve as is with a side of green beans, carrots or over buttered parsley egg noodles or potatoes. 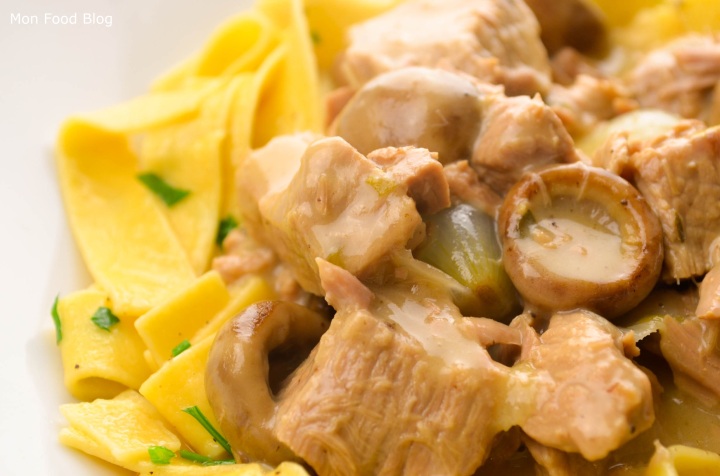 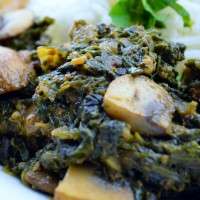 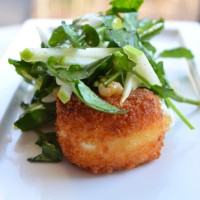 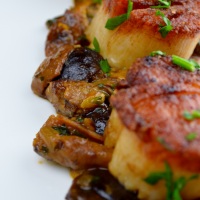 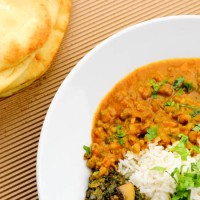 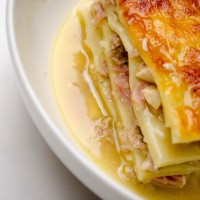 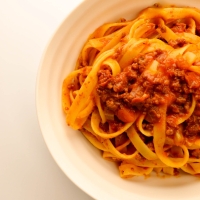 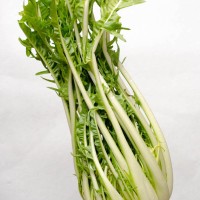 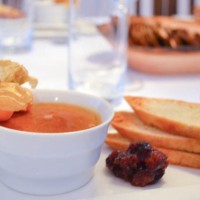 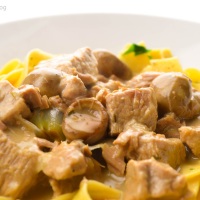 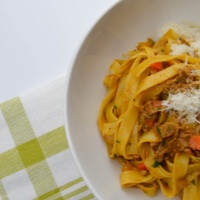