There are many variations on this Anglo-Indian soup, and this one was inspired by Sanjeev Kapoor. He cooks everything together, then only keeps the broth.

I wanted to have a soup with a bit of texture, so I tweaked the recipe a bit, changing the proportions and keeping some solids, without compromising on the flavours. Now, this soup is absolutely comforting, and I would not have an issue eating it all summer long. It is completely satisfying, nutritious and good for you. It must be, as it is vegan and primal diet friendly.

Use only a No Salt Added vegetable broth, because cooking this for an hour or so intensifies the flavours, and your soup will be too salty if using regular broth or even the low salt versions.

Now, a funny story. I went to a food photography course in Montreal two weeks ago, and we were talking about new trends in food photography. One of them is having a minimalistic approach, a bit like the photo in this post, a photo that I showed to the photographer giving the class. Now, after seeing the picture, her only comment was: ”that you certainly can have a minimalistic approach, as long as the food actually looks appetizing.”

Think what you want of how it looks, it is actually pretty darn good. 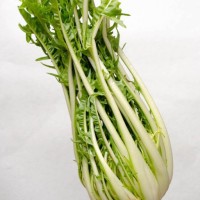